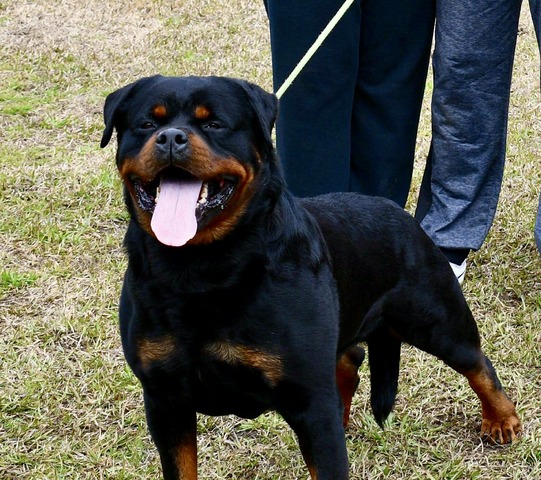 Barbossa has reproduced the most amazing temperaments we've ever had or seen! Just everything I've ever wanted in a true Rottweiler! He is no longer available for stud, but we do have some amazing offspring from him and we also have a few frozen breedings left that we will use in the future.