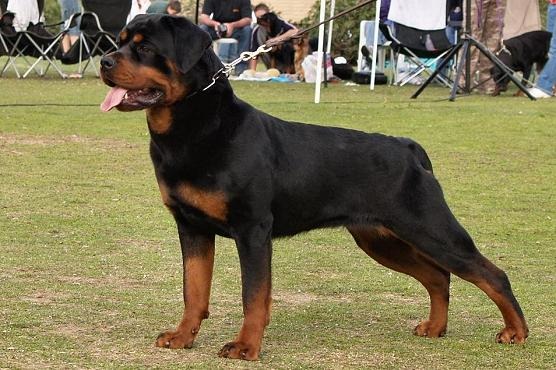 Axa is a breeder's dream! She is the best producer I have ever seen. Her offspring consistently place in the top at shows and this is from several different sires. She is spectacular herself. Huge head, massive bone, wide thick body, dark eyes and black gums, beautiful structure and angles, and super movement like her father Gonzzo. She is by far the best Gonzzo daughter I have seen and that says a lot! She has a super temperament and to top it all off she is OFA excellent! Thanks Diane Reimanis for such an awesome bitch! She is more than I could have asked for.